KT&G strives to make positive changes in the society for ‘sustainable growth of companies and the society’. Through the platform internalized with core competences of KT&G, we plan and operate various social contribution programs. Henceforth, KT&G will endeavor to effectively allocate opportunities to social members by promoting social issue resolutions and create a better tomorrow for the society. 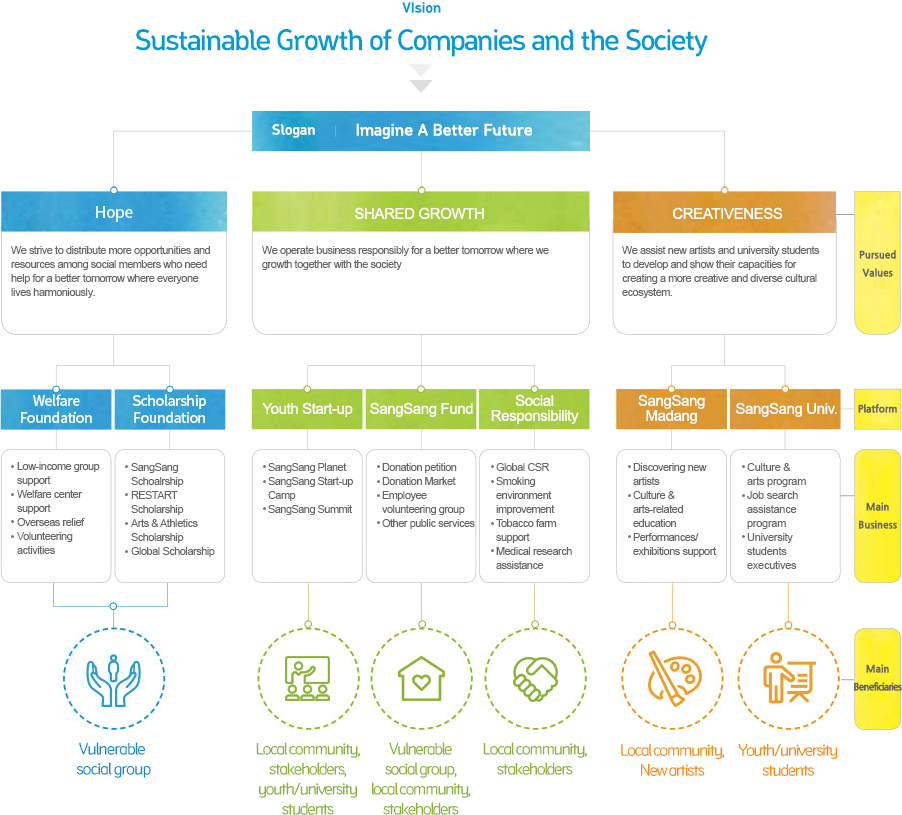 Grand Prize awarded by the President of Korea for Mecenat 2016

Contribution of KT&G Sangsang Madang to Culture & Arts development and improvement of art experience of the public was recognized.

We will do our best to fulfill our social responsibilities as a corporate citizen. KT & G is pursuing continuous and creative social contribution activities to reward various stakeholders including the local community and customers.