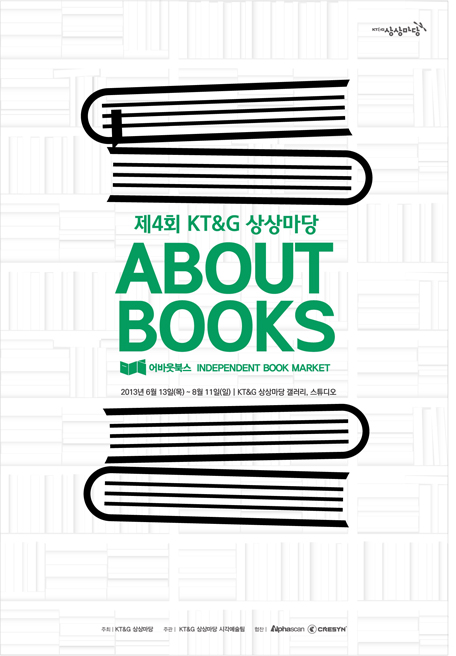 KT&G (CEO Min Young-jin) is to hold a self-publishing exhibition, “ABOUT BOOKS,” with various self-publications on display in KT&G Sangsang Madang in Seogyo-dong, Seoul from June 13 to August 11.

Self-publications are planned and produced by the writers themselves, and have been getting attention recently, mainly from young people, for their unusual planning and materials that are rarely found in existing publications. Their formats and contents are wide-ranging, enough to cover art books, project books, personal essays, magazines, etc.

“KT&G ABOUT BOOKS in Sangsang Madang” is the only exhibition in Korea that collects and introduces self-publications in one place. First started in 2010, this is its fourth year. More than 500 self-publication titles selected through an open recruitment for the previous month will be introduced and sold.

In addition, more than 100 titles of Japanese self-publications selected through an open recruitment for one month in May will be on exhibit, and a workshop in which visitors can try to make their own publications is scheduled.