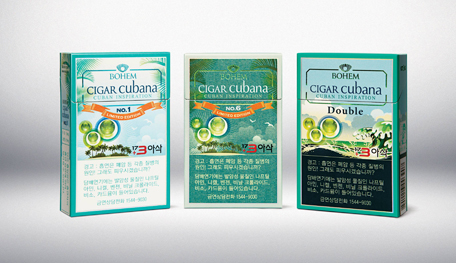 BOHEM CIGAR Cubana is a popular product that has gained a sensational response, mainly among young people, since its launch in June 2011, and is maintaining a market share of more than 3% at nationwide campus convenience stores. Currently, three types are on the market: 1mg, 6mg, and Double.

KT&G BOHEM team leader Kwon Min-seok said, “This product is intended for consumers who want a refreshing flavor in the summer,” adding that “through the launch of this limited version, the fever for BOHEM CIGAR Cubana is expected to continue this summer.”

The limited version of BOHEM CIGAR Cubana 17+Asac is sold in three types: 1mg, 6mg, and Double. The content of nicotine and tar is the same as the existing product. The price is also ₩2,500 per pack.